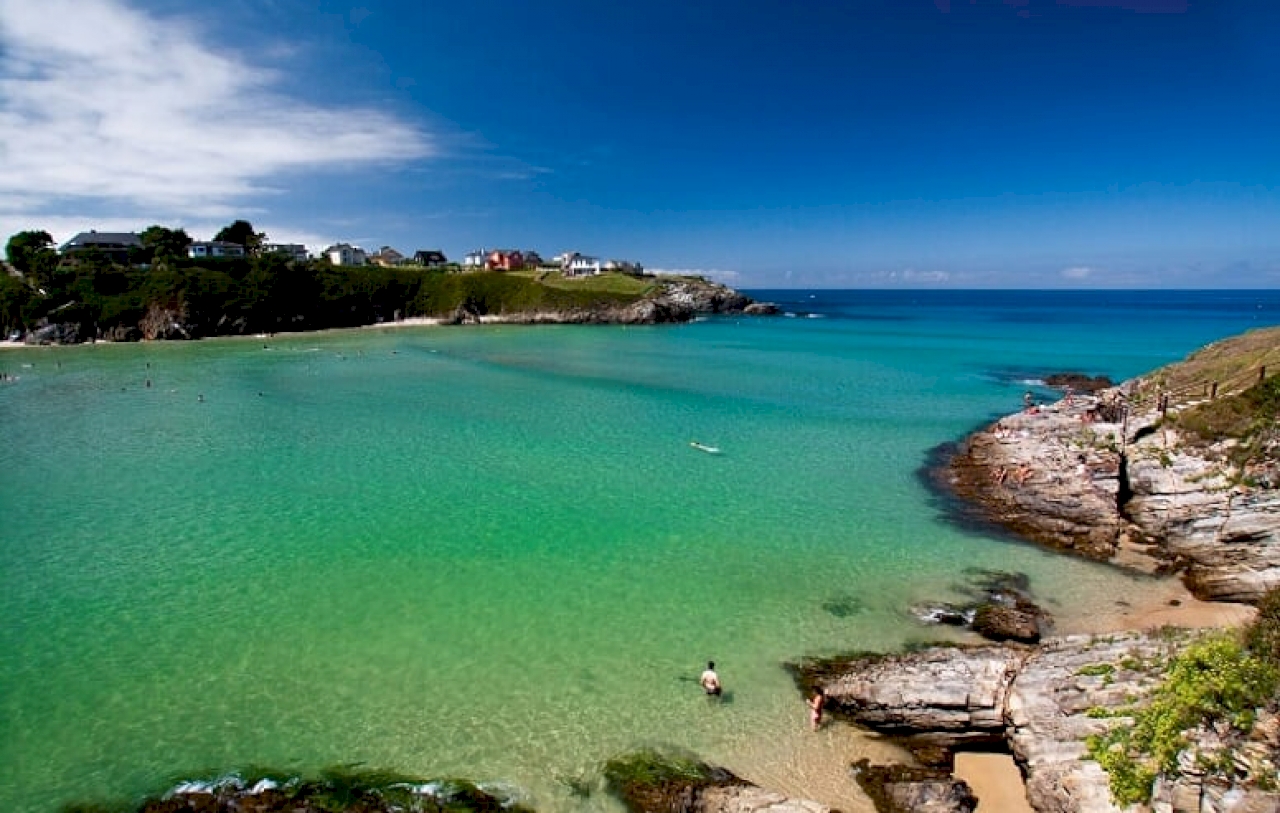 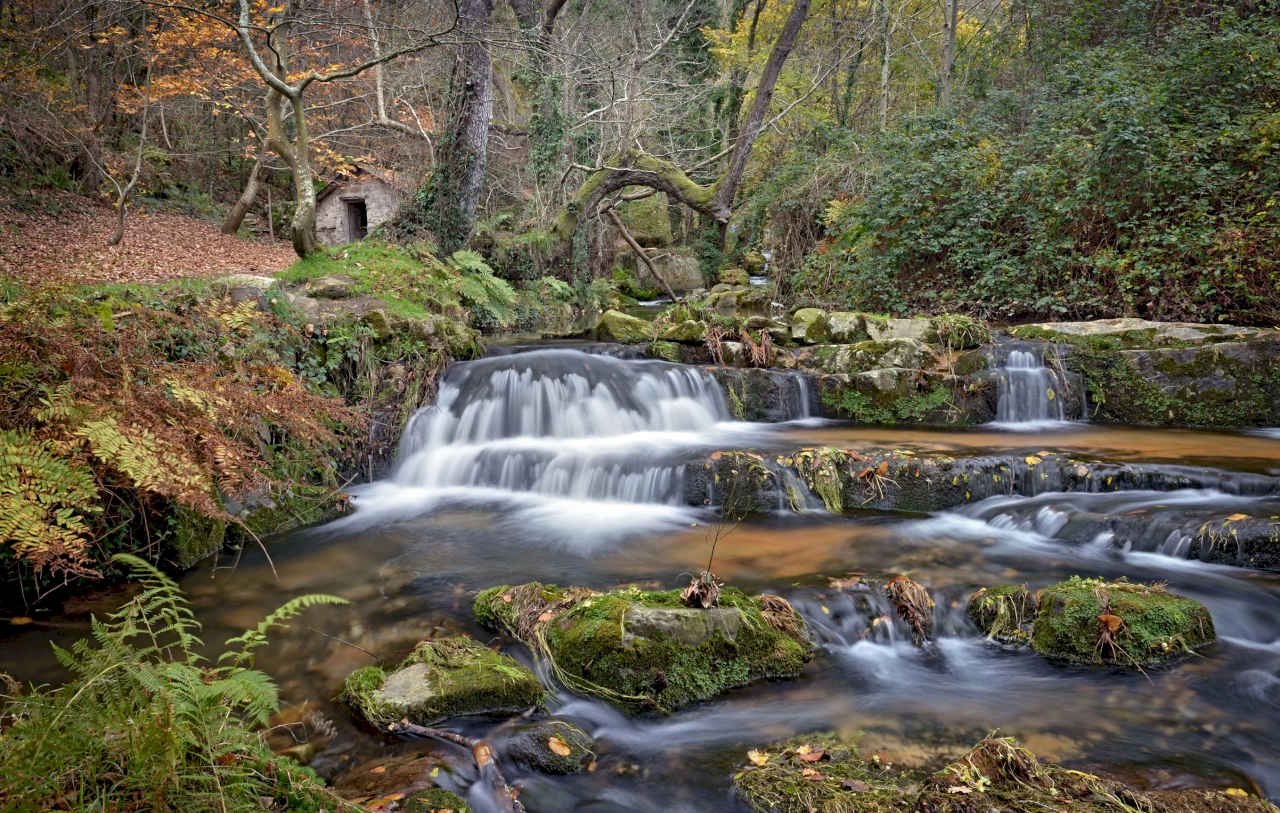 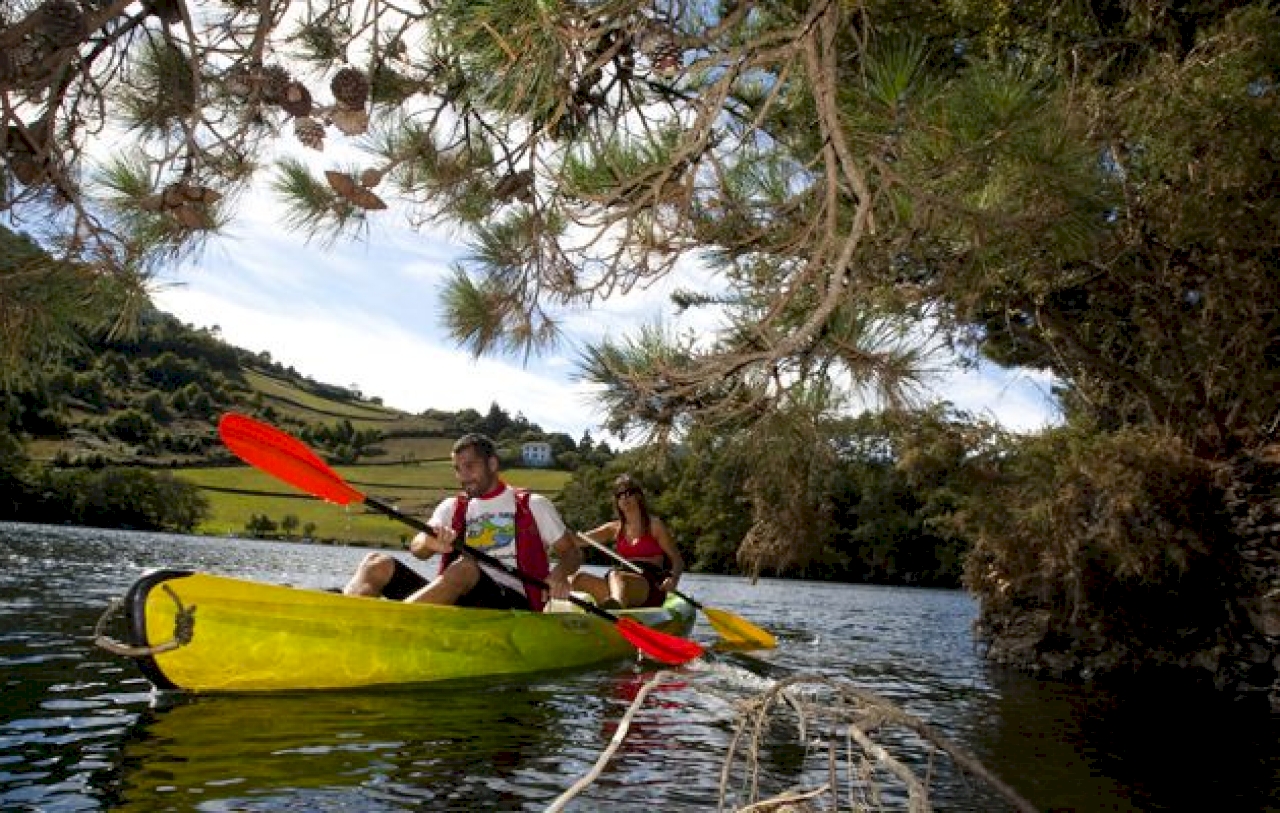 From the arrival of the first human beings, the Navia River has been the main source of resources for its inhabitants. The history of the nine councils that houses the Navia Historical Park cannot be understood without the presence of this river course that descends from the mountain range to the Cantabrian Sea meandering through the rugged valleys of western Asturias.  Along its 159km, the Navia crosses a changing landscape dominated by forests, deep gorges, canyons, waterfalls, reservoirs until it reaches its mouth near its homonymous village.

Different populations have settled on its margins that have occupied this territory since the Neolithic. The different archaeological sites are witnesses of this activity: dolmens such as Entrerríos, burial mounds such as Canadéiro in Grandas de Salime, castros such as Coaña, Chao Samartin or Pendía or remains of Roman gold activity such as the Penafurada tunnels. Since the Middle Ages the Navia River has also witnessed the passage of pilgrims who, on their way to Santiago, have crossed the park by two different routes, the Primitive Way and the North Way.

The nature of the Navia Historical Park, on the other hand, is exuberant both in the upper part of the channel and in the coastal area. The hiking network offers visitors a very wide range of posibilities to discover the natural treasures hidden in the valley. The access to the waterfalls, such as Oneta and Méxica, or the viewpoints, such as Penouta, are widely signposted which facilitates the enjoyment of protected areas without posing a risk to the ecological balance of these areas. Another way to discover the park is to navigate the Navia by canoe that allows a discreet observation of the native flora and fauna.

In the coastal area, the fishing villages Puerto de Vega or Tapia de Casariego are linked by different coastal paths that run along cliffs and grass areas offering an unbeatable panoramic view of the Cantabrian Sea. In many cases they also allow access to extensive semi-wild beaches such as Frexulfe or the Barayo Nature Reserve.

The rich and varied gastronomy of the valley cannot be forgotten. From the wealth of fish and seafood offered by the Cantabrian pantry whose activity can be known in depth by visiting the fish market of Puerto de Vega. On the other hand, in Boal you can discover and taste honey in the House of Beekeeping, the liquid gold that has been present in the life of the valley since ancient times.

The Navia Historical Park is a journey through the history of the valley until the arrival of the first settlers. It is also a journey of sensations that take place in a landscape of mysterious and wild nature yet to be discovered. 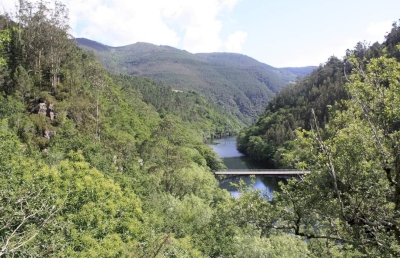 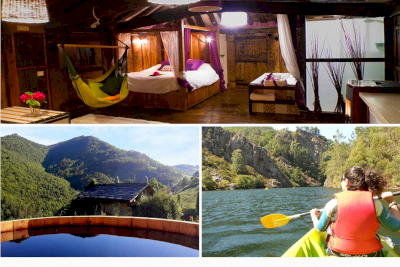 Quick view
The West of Asturias

Asturias as a gift

experiences that may interest you